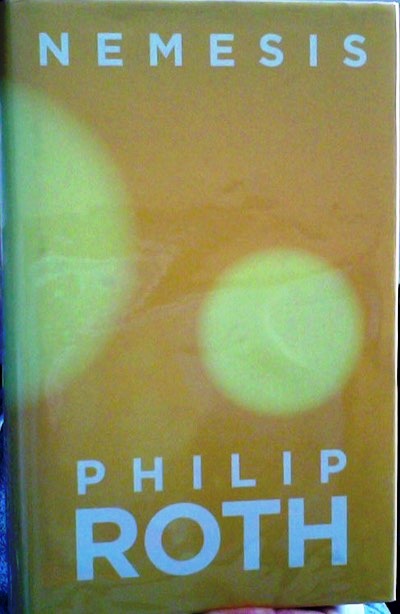 In the final decade of his writing life, Philip Roth published a number of shorter novels, some of which received very mixed reviews. In those years the ageing Roth was writing and publishing at a furious pace and his fiction, which had always been intense and high-energy, became ever more so as he crammed the experience of a lifetime into short, sharp, dark and despairing books that raged against the dying of the light. Not always, it must be said, without some degree of self-indulgence.

But then in 2010 came Nemesis, the last novel Roth was to publish before his death in 2018. Even at the time it was regarded as something of a return to form for it offered another audacious example of Roth’s ability to create utterly convincing and plausible fictional realities – counter-fictions, some critics have called them. But now, a decade on, as we enter the third year of the coronavirus pandemic and the horrors of Putin’s war in Ukraine fills the news, Nemesis seems more than merely prescient, it seems steeped in our contemporary reality. For in it Roth brings together war and death, terrifyingly imagined in the form of a polio epidemic in Newark, New Jersey, in the scalding summer months of 1944. To read it is to be convinced that Roth is working a kind of fictional magic from beyond the grave.

Bucky Cantor is a young Jewish man of twenty-three, a physical education teacher and a director of a public school playground in the Jewish Weequahic (wee-KWAY-hic) neighbourhood of Newark. Orphaned by the death in childbirth of his mother and the disappearance of his embezzling father, Bucky has been raised to a stern sense of duty and civic responsibility by his old-world Jewish grandparents. As the book opens, his grandfather has been dead for two or three years and it now falls to Bucky to ensure that his grandmother, whose health is failing, has the help she needs. He is devoted too to the wellbeing of “his boys” – the schoolchildren he teaches and whom he supervises in the neighbourhood school playground throughout the long summer holidays.

But he is also grieving, his deepest conceptions of masculinity and duty compromised, for alone of all his closest childhood friends, Bucky has been graded medically unfit for military service because of poor eyesight, so while they are fighting their way across Europe, he is doing what he can to protect children from polio. As the temperature continues to rise, and the asphalt melts and the sickening stench of the Secaucus pig farms drifts across Newark, polio finally enters Bucky’s playground and claims victims amongst the boys he knows and the families he has grown up amongst.

What Roth does magnificently in this first part of Nemesis is imagine his way into this epidemic. Physical contact is reduced; frequent hand-washing is advocated; basements and cellars and area steps and back yards are sluiced down with ammonia. But no one knows exactly how polio spreads nor why some infections are relatively mild while others result in death or disablement. Ignorance fuels fear and ethnic tensions. But cases continue to rise and there is the prospect of the most highly infected neighbourhoods being ‘barricaded’, their inhabitants forbidden to travel in or out. Surely such measures could never be put into practice, Bucky muses. If they were, how would people get to work? If people can’t work, how will they feed their families? If children can’t go to school how will they learn? No one reading these early pages of Nemesis will fail to draw parallels between our own recent history and the more terrifying one that Roth imagines.

But in the next section of the book, roughly the middle third, I suppose, Roth appears to relinquish his steely grip on the reader and this to my mind seems the least satisfactory part of the book – albeit with a caveat: there is a dramatic flourish yet to come. Bucky has been courting Marcia, a local doctor’s daughter and is highly thought of by the whole family. Their engagement is imminent. Marcia is away in the Pocono Mountains in Pennsylvania where she is working through the summer as a camp counsellor in an idyllic forest and lakeside setting where the weather is cooler and the polio epidemic barely even a distant rumour. The camp owner needs an urgent replacement swimming instructor, the incumbent having been called up, and so following Marcia’s warm recommendation, Bucky is offered the job. And, somewhat contrary to everything we have so far learned about him, he accepts. He gives his notice at the school in Newark, arranges for neighbours to keep an eye on his grandmother in her walk-up apartment, packs a grip and leaves for Marcia and Indian Hill Camp.

I still think the Poconos summer camp section over-long and somewhat overdone but stick with it because the best – by which I mean the worst, the most affecting, the most moving – is yet to come. And in typical Roth style, it is an audacious and bravura performance.

Nemesis isn’t amongst Roth’s greatest novels. It isn’t up there with, say, American Pastoral, or I Married a Communist, or The Human Stain, but it is an immensely powerful and moving one. It may have its flaws but it is also Roth’s final, remarkable achievement – now given unexpected new contemporary relevance.