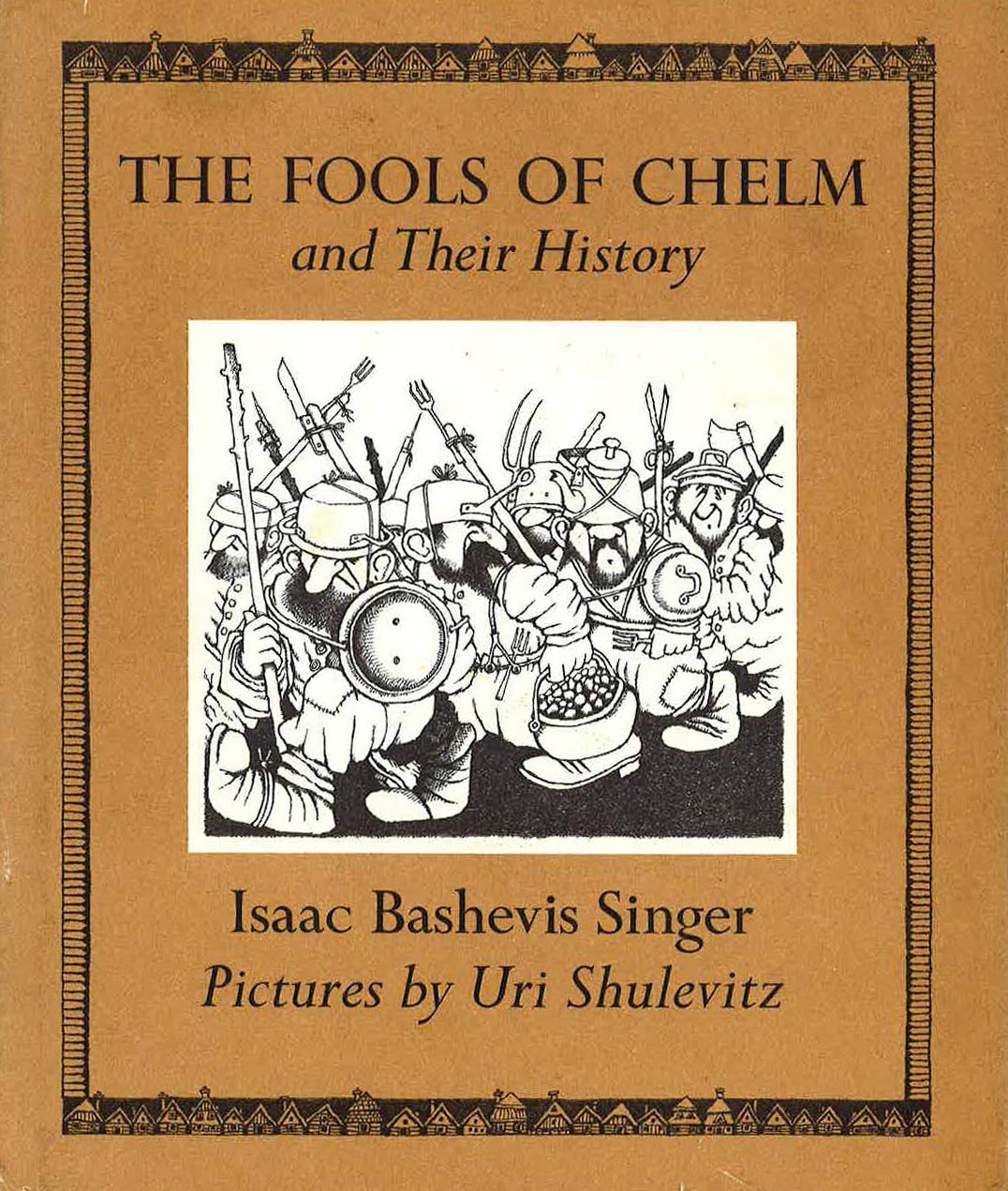 The Fools of Chelm and Their History by Isaac Bashevis Singer

Isaac Bashevis Singer, Polish-born but a resident of the USA following his decision to move there in 1935 when he was 32 years old, wrote in Yiddish and then, with the help of his editor, translated his books into English. He won the Nobel Prize for literature in 1978 and his Polish, devoutly Jewish background formed the backdrop to some of his most important writing.

Singer’s adult novels are difficult and dense and it might come as surprise to those familiar with that output to discover that he loved writing for children – he produced 14 children’s books, just four fewer than he wrote for adults. The Fools of Chelm, copiously illustrated by Uri Shulevitz, is a good example of how Singer uses his Polish-Jewish heritage to write for younger readers.

This cautionary tale is really a very broad satire of human nature, politics, power and religion which, although set in the Polish town of Chelm, is actually a commentary on universal human stupidity.

The population of Chelm live a very basic existence but are largely unaware of their plight until Gronam Ox, first ruler and Sage of Sages, invents the word ‘crisis’. From that point onwards the people of Chelm and their council of sages (who have unambiguously appropriate names like Dopey, Numskull, Ninny, Fool etc.) come to the conclusion that only a war can save the village and increase its wealth and prestige. Typically however the raggle-taggle army they throw together ends up invading the wrong town. This, however, does nothing to deter them:

"The truth is, the whole world considers us fools. No matter whom we attack, it will be exactly what they deserve."

But, of course, it all goes wrong and the Chelm-ites get a good drubbing. The humiliation of their defeat has its consequences and Singer notes that "a lost war sooner or later is followed by a revolution, that is what happened in Chelm."

The confusion that follows the nascent uprising allows the town thief Feitel to take control but he doesn’t last long before a counter-revolution brings back the previously disgraced Gronam. Finally, it’s left to the Women's Party, led by Gronam's wife Yente Pesha, to run the government – relegating these hopeless men to the domestic duties like washing-up.

In the end Singer makes it clear that the fundamentally foolish men seem to have learned nothing :

"Gronam remains optimistic: 'The future is bright. The chances are good that some day the whole world will be one great Chelm!'"

The black and white illustrations are provided by fellow Polish-born artist Uri Shulevitz whose family also left Warsaw in 1938 when he was just three years old. He eventually settled in the USA and in the Sixties he developed the drawing style that would lead him to being an author and illustrator of children’s books. His style and creativity was acknowledged by the award of the Caldecott Medal for The Fool of the World and the Flying Ship, written by Arthur Ransome.

Here he provides full page drawings that are as satirically pointed as Singer’s narrative – these two artists working together are a perfect match.

Sadly, I think this book is now out of print and both paper and hardback copies are not easy or cheap to come by. I would recommend that you keep an eye open for the book in charity or second hand shops but, failing that, see if your local library can help. 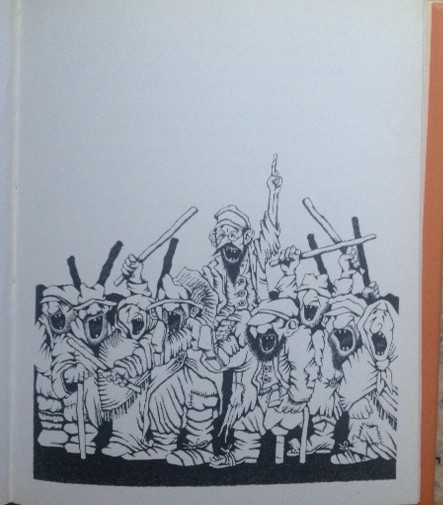 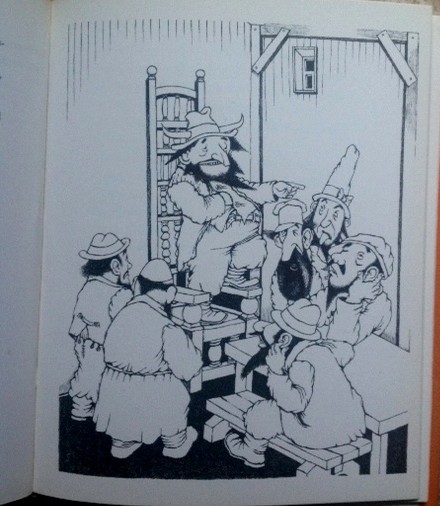 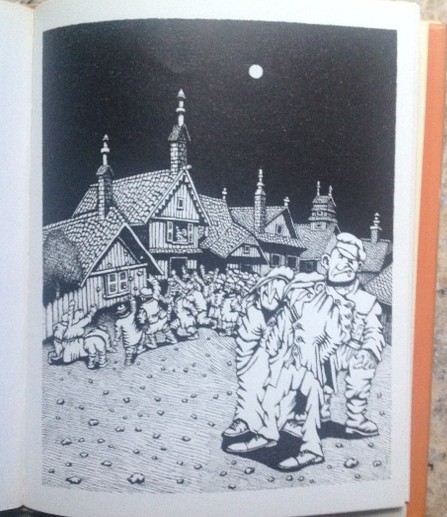