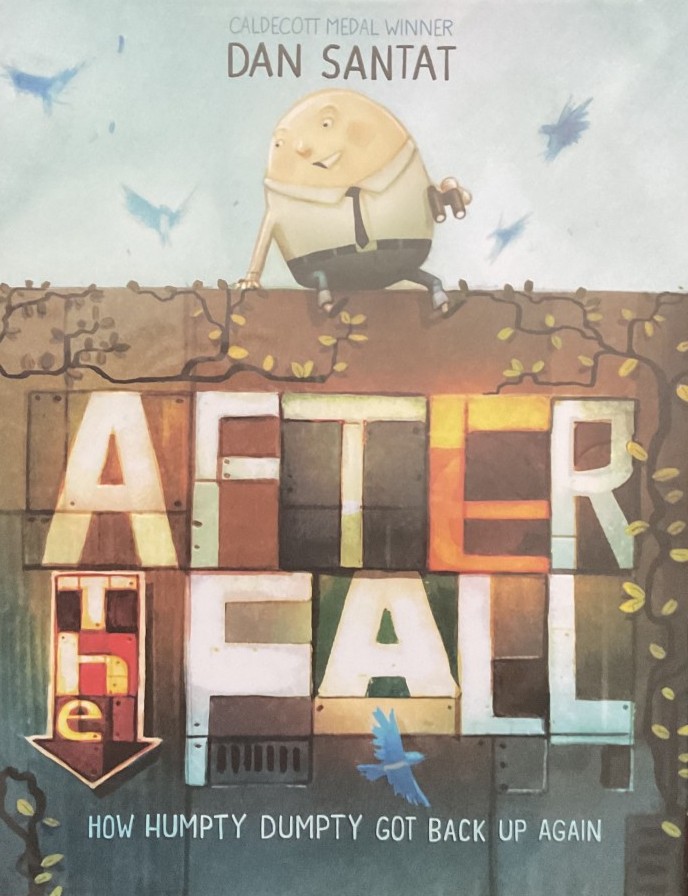 After the Fall by Dan Santat

If, like me and many others, you have worried about what happened to the very unfortunate Humpy Dumpty after his terrible fall, then this is one for you.

Humpty tells his own sad story explaining how he used to love sitting on the high wall so that he could be close to the birds. After his notorious accident, we follow him to the Kings Hospital where the skilled staff put him back together again physically, except that he now has a fear of heights. This is so bad that he can’t even face climbing the ladder up to his bunk bed. Going to the supermarket is difficult because all the exciting items seem to be placed on high shelves. How is he ever going to be brave enough to climb the ladder to enjoy his favourite wall again?

He attempts to make the best of things and I liked the perspective that shows him looking up to lofty heights as he tries bird watching with binoculars – not very satisfying by comparison. Then he sees a paper aeroplane flying through the sky and is inspired to try out an idea. Making things is not easy and I was impressed at the realistic frustration depicted as he keeps failing to get it right. We can share his feelings as he is shown surrounded by screwed up paper balls. When he eventually succeeds in producing one that flies, it is a huge relief. But flying paper birds is still not as satisfying as watching the real birds close up. And, as he knows only too well, accidents can happen and he feels demoralised. The way that his big, sad egg head fills two pages says it all.

Despite everything, he decides to try the big, difficult climb up the wall again and we are cheering him on every step of the way. He is extremely nervous and is shown slowly climbing up, one hand visibly shaking as the other stretches up towards the next rung, which looks impossible  to reach. I don’t like heights myself and felt very tense looking at this illustration. He eventually makes it to the top and looks suitably triumphant:

‘Maybe now you won’t think of me as that

egg who was famous for falling.

Hopefully, you’ll remember me as the egg who got back up …’

But that isn’t the end of the story, which I will leave you to guess at. Be prepared for a surprise.

The not so subtle subtext is one about recovering from bad experiences, overcoming fear and being confident to try new adventures. It is also a very funny story and one that will be enjoyed by young readers, although they might need to be warned about the ending, depending on their sensitivities.

It will certainly inspire plenty of discussion and suggestions for alternative endings. 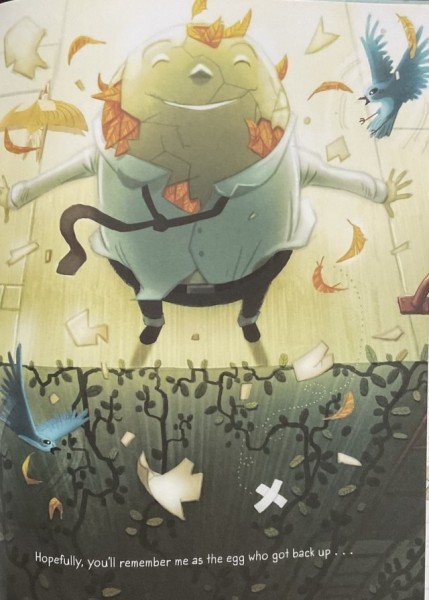 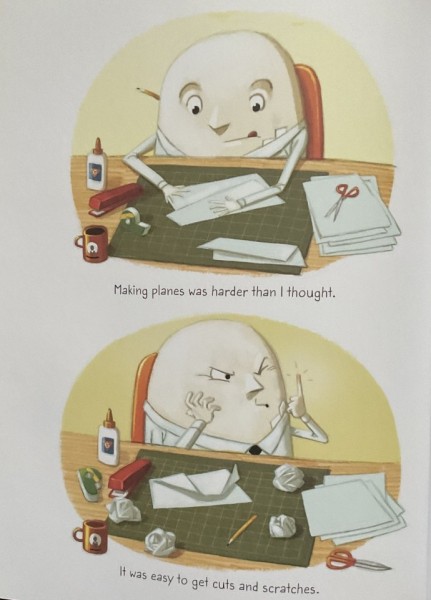 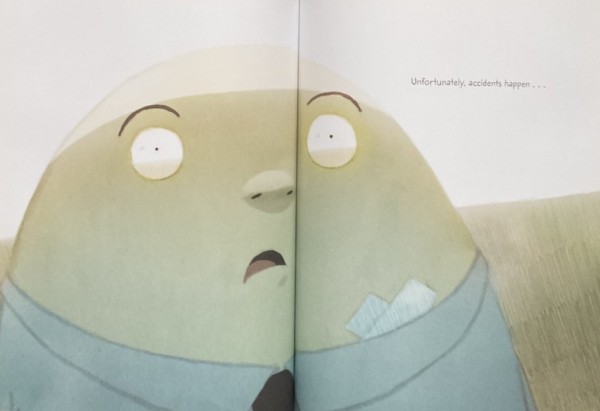