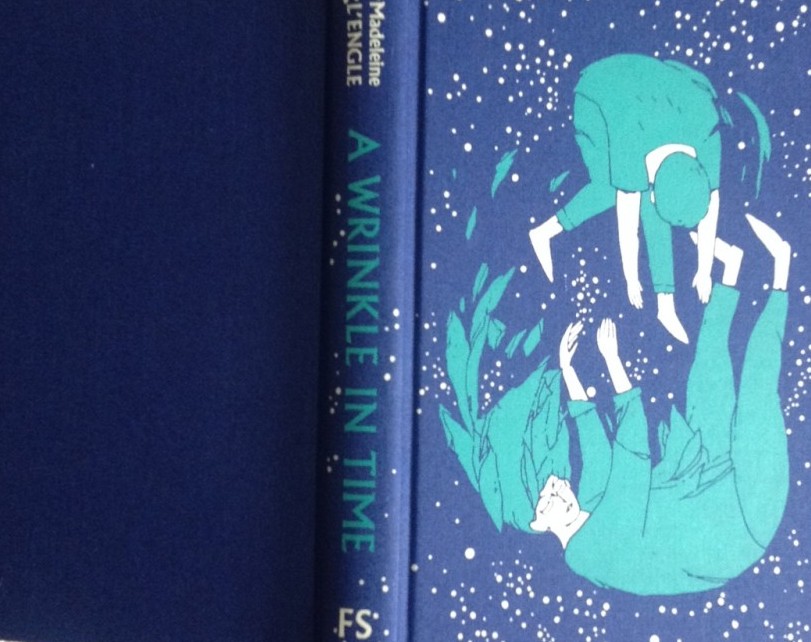 A Wrinkle In Time by Madeleine L’Engle

I can’t believe it’s taken me until now to catch up with this extraordinary 1962 classic of American teenage (or ‘young adult’ as we now tend to label this age group) literature. It’s a genuinely astonishing mix of adventure, science fact, science fiction, philosophy and, even, political science, written in a no-nonsense style that grabs you from the outset and doesn’t let go until you’ve finished.

The story revolves around three misfit children, brother and sister Meg and Charles and their newly acquired friend, Calvin. Charles (nearly always referred to by his first and middle names as Charles Wallace) is a remarkable prodigy while Meg is geeky and volatile – something that makes her immediately relatable. Novelist Meg Rosoff in her introduction to the Folio Society edition of the book that I have just read, explains how this made the fictional Meg a generational heroine in some circles:

With the help of three enigmatic travellers in time and space – Mrs. Who, Mrs. Which and Mrs. Whatsit – the brother and sister, along with Calvin, set out in a search for their missing scientist father. The search, it transpires, has wider, literally universal, importance because he’s lost on a sinister planet called Camazotz that is in the grip of the darkly evil IT, a disembodied brain of huge power bent on spreading totalitarian and conformist darkness across the universe.

The mysterious trio of weird women (echoes here of Macbeth perhaps) – and this is where it all gets scientifically extraordinary - induct the three children into the notion of space travel by what they call ‘tesseract’ or what we would now refer to as folded space. These tesseracts are the wrinkles in time referred to in the book’s title.

Once the children are slipping from distant planet to distant planet, the book takes on a more traditional adventure story shape in which the youngsters have to dig deep to find the resources to overcome the power of evil – but that’s something you’re going to have to read for yourself because I don’t intend spoiling it for you here by describing too much of the plot. What is additionally fascinating for an adult reader is the way L’Engle collapses the boundary line between the adult and the teenage reader. Meg Rosoff puts it this way:

“Unlike To Kill A Mockingbird or The Catcher In The Rye, A Wrinkle In Time was not written for adults. L’Engle wrote specifically for children, and her unapologetic use of challenging moral and scientific concepts gained her enthusiastic fans.”

I suspect the fact that the book didn’t really feature in my reading past is because it is American and despite the shared language it seems often to be the case that children’s or young adult books don’t always travel, reputationally at least, across the Atlantic – or didn’t do so back in the 60s and 70s when some of the best were written.

If you haven’t read this book yourself, I can’t recommend it enough – it’s a truly extraordinary book and one which, however old you are, will keep you riveted for an afternoon.

Paperback copies are easily available and cheap but hardbacks come more expensive. The lovely Folio Society hardback contains an introductory essay by Meg Rosoff and is illustrated by Sam Richwood – it’s a delightful object as well as a great book. Sadly, it’s now quite hard to track down a copy and is going to be quite expensive if you do find one.