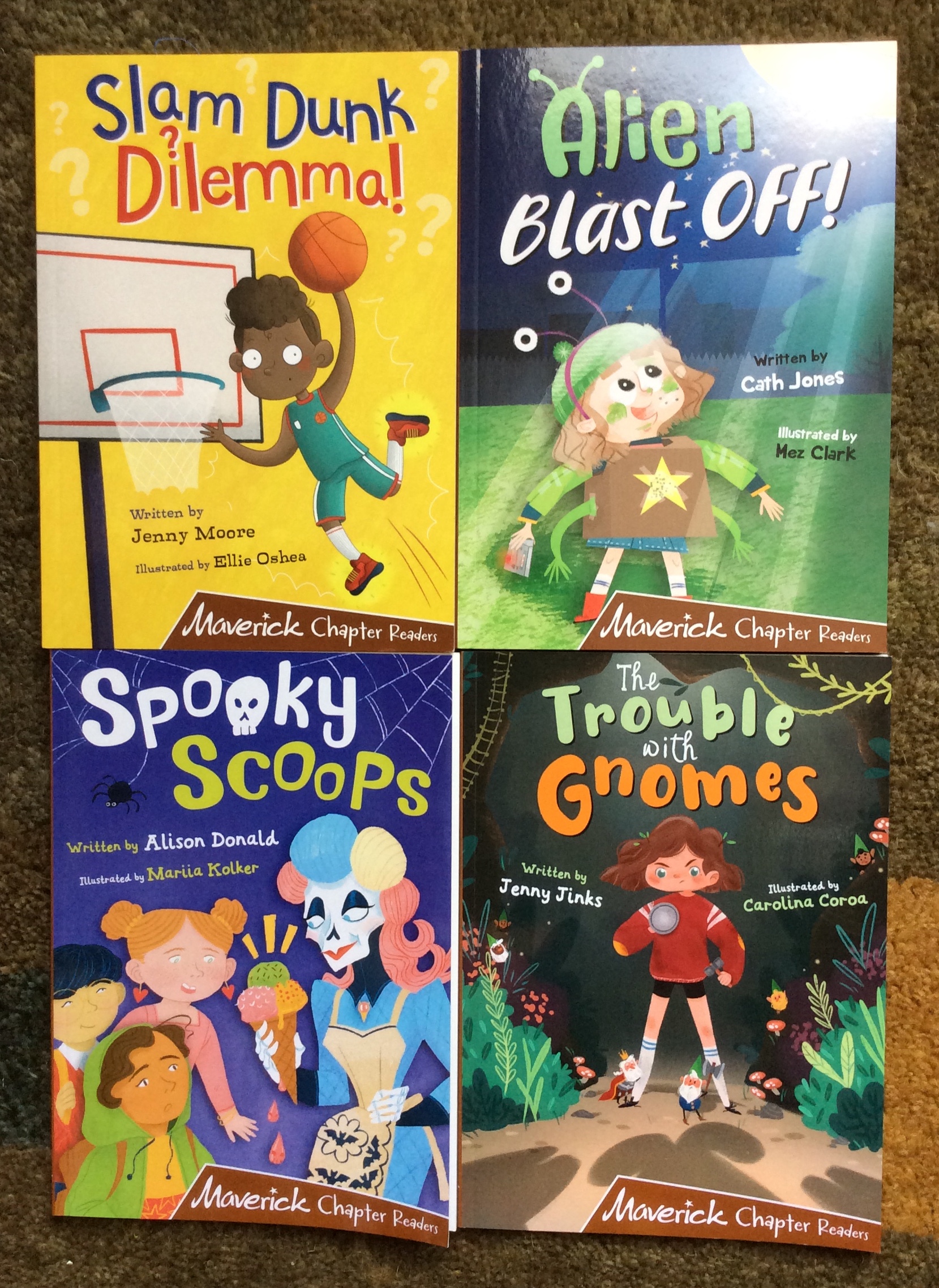 Another great batch of chapter readers has arrived from one of our favourite publishers. Designed to entice and enthral established young readers with a good vocabulary, the Brown Band of the series measures up well to others that we have reviewed before.

Poor Zac is fed up because, despite eating plenty of healthy food, he doesn’t seem to be growing any taller. This is a problem because he is a keen basketball player who needs to prove himself in the next school match. His much taller brother tries to reassure him that height isn’t everything, but he isn’t convinced. When he finds some Ultra Bounce shoes in the charity shop he is convinced that they could be the answer. You will be pleased to hear that he plays amazingly well, but he still feels dissatisfied because, if his success is just down to the new shoes - how can he feel proud of himself? His brother tries to help, but Zac still feels anxious until he realises that he can play excellent basketball after all.

Everyone enjoys a spooky story and this one is great! Nine year old Sanaya has a rather predictable and comfortable life, until a monster -themed ice cream shop opens at the end of her street. People quickly become fixated about eating the delicious ice cream which seems to be having very strange effects. The owner of the shop, Skeletina Sundae is a vividly drawn character:

‘ She had three buns of wispy hair piled on top of her head that looked just like scoops of ice cream. Her face and hands looked pearly white and bony’.

Sanaya isn’t affected by the ice cream because she refuses to eat anything other than mint chocolate chip flavour - which the shop doesn’t sell. Plenty of children will identify with this resistance to change and strong preference for preferred foods, which in this case saves her from danger. Everything is spinning out of control as even the teachers at school want the children to learn about monsters and the history of vampires! After some clever detective work, Sanaya and a boy who is allergic to milk, come up with a creative solution to the problem. Phew!

The Trouble with Gnomes by Jenny Jinks, illustrated by Carolina Coroa

When Hettie is playing hide and seek with her best friend Maddie, rather like Alice in Wonderland, she unexpectedly falls down a deep hole in the ground. This marks the beginning of a peculiar adventure in the underground kingdom populated by tiny gnomes. Her biggest challenge is to convince them that she is just an ordinary girl, because they apparently need a hero to save them from an army of monsters. Hettie tries her best to help, but lacks confidence and sees herself as ‘a clumsy scaredy-cat’. I wont spoil the ending because I know that you will enjoy the various twists and turns in the plot.

Alien Blast Off! by Cath Jones, illustrated by Mez Clark

Space obsessed Laura is convinced that space aliens exist, even if everyone else tells her that they don’t. She is determined to prove them wrong and so is thrilled when she is beamed aboard a real spaceship! She even gets the chance to help them pilot the ship, although this is quite a frightening experience. She also learns that the problem of litter and environmental issues are concerning planets other than Earth. Will Laura’s mother ever believe that she has travelled with aliens, or will she just need to spend time researching about space until her next adventure?

This bright, attractive range of books will be very well received by children and adults in homes and classrooms - I always recommend this innovative reading scheme that combines interesting content, challenging vocabulary and phonic knowledge without compromising on using detailed and colourful illustrations in a range of illustrative styles. Each one also includes two pages of discussion points to encourage recall, prediction and reflection.