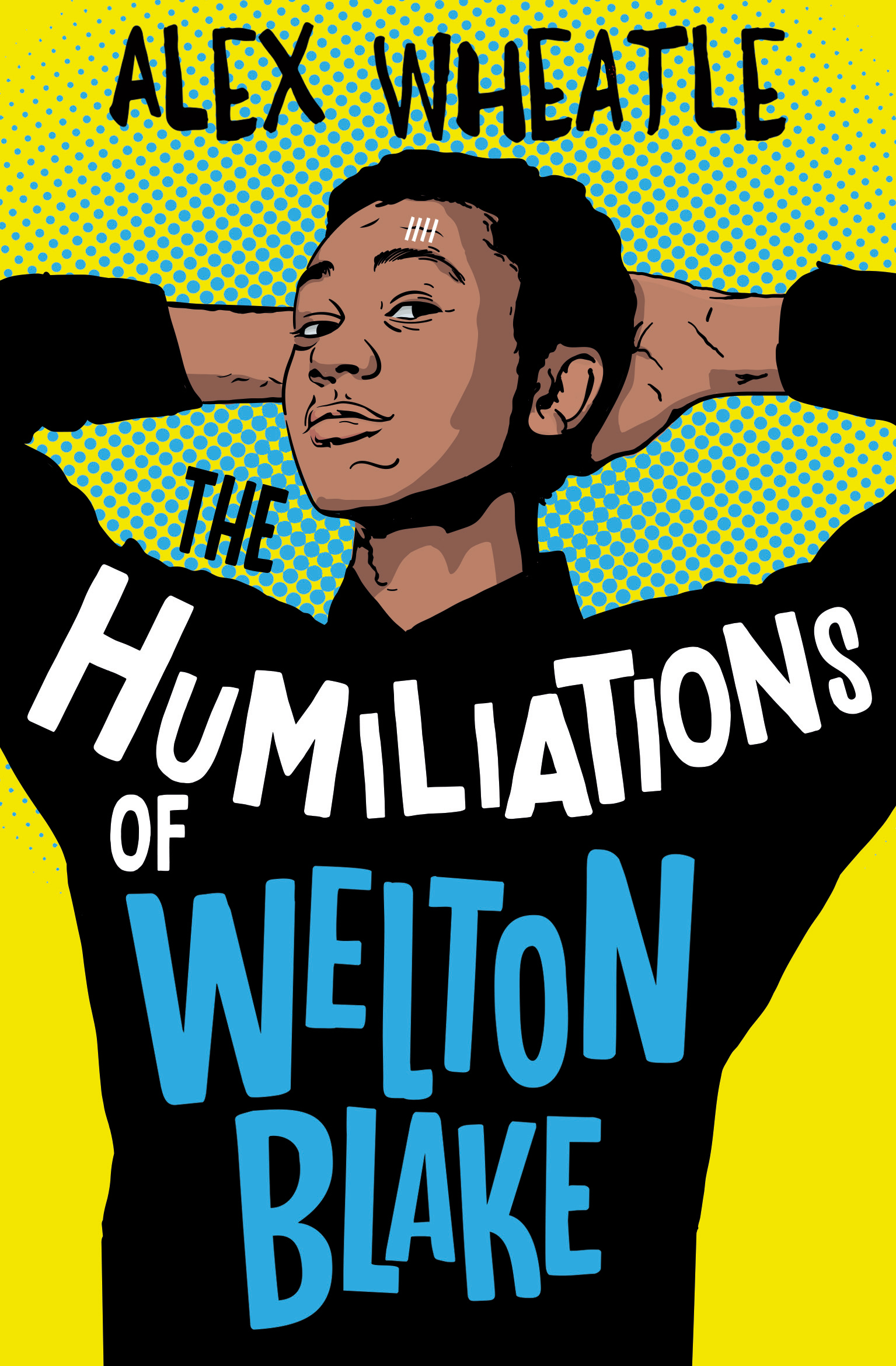 The Humiliations of Welton Blake by Alex Wheatle

If you pluck up the courage to ask your dream girl out on a date - and she says yes – then you’ve every reason to believe life is good and you’re on a roll. But not if you’re Welton Blake because for him, right at that very moment when he should feel on top of the world, fate is about to play a series of the most horrible tricks on him and the result will be humiliating…

Alex Wheatle’s latest teenage comedy for Barrington Stoke is pretty much guaranteed to make its target audience snort with laughter – and there will be a few as well who are laughing out of recognition of things that have happened to them.

The first thing that goes wrong for poor Welton is that his precious mobile phone dies on him. Now how will he be able to confirm the arrangement for his first date with the lovely Carmella? This disaster pales into insignificance when he manages to throw-up in class right into the hair of the unfortunate  girl sitting in front of him. Understandably, she goes ballistic and Welton is not only covered in his own vomit but also in blows from her flailing fists!

Then to top it all, there’s Carmella walking across the school grounds with some muscle-bound hunk – could things get much worse than all this very public humiliation?

Well, yes they could because there’s trouble at home too. His mom and dad have split up and there’s a new man (and a new step brother) in the offing – and he’s going to have to share a bedroom. To make things worse, his dad hasn’t taken the break-up well and this new man on the scene can only make things worse. And you can bet your life it does.

There are bullies to navigate at school, a girl who likes spitting and likes Welton almost as much and a whole series of new agonies for the poor lad to endure.

Has he blown his chances with Carmella? Will their cinema date ever happen now he’s the laughing stock of the school or will his slightly desperate attempt to become a basketball hero pay off?

Well, you’re going to have to read this one for yourselves because I’m not giving the game away here.

This is a richly drawn comedy of teenage angst that has just enough gross-out detail to appeal to that age group and – most importantly – doesn’t feel at all patronising. Welton is a sort of everyman figure who embodies the feelings you have at that age when everything is either triumph or disaster and that unsettling sense that the whole world is against you and conspiring to make your life a series of terminal embarrassments.

Great fun and guided by Barrington Stoke for readers of 9+ - although I think it will be popular with early teens too.