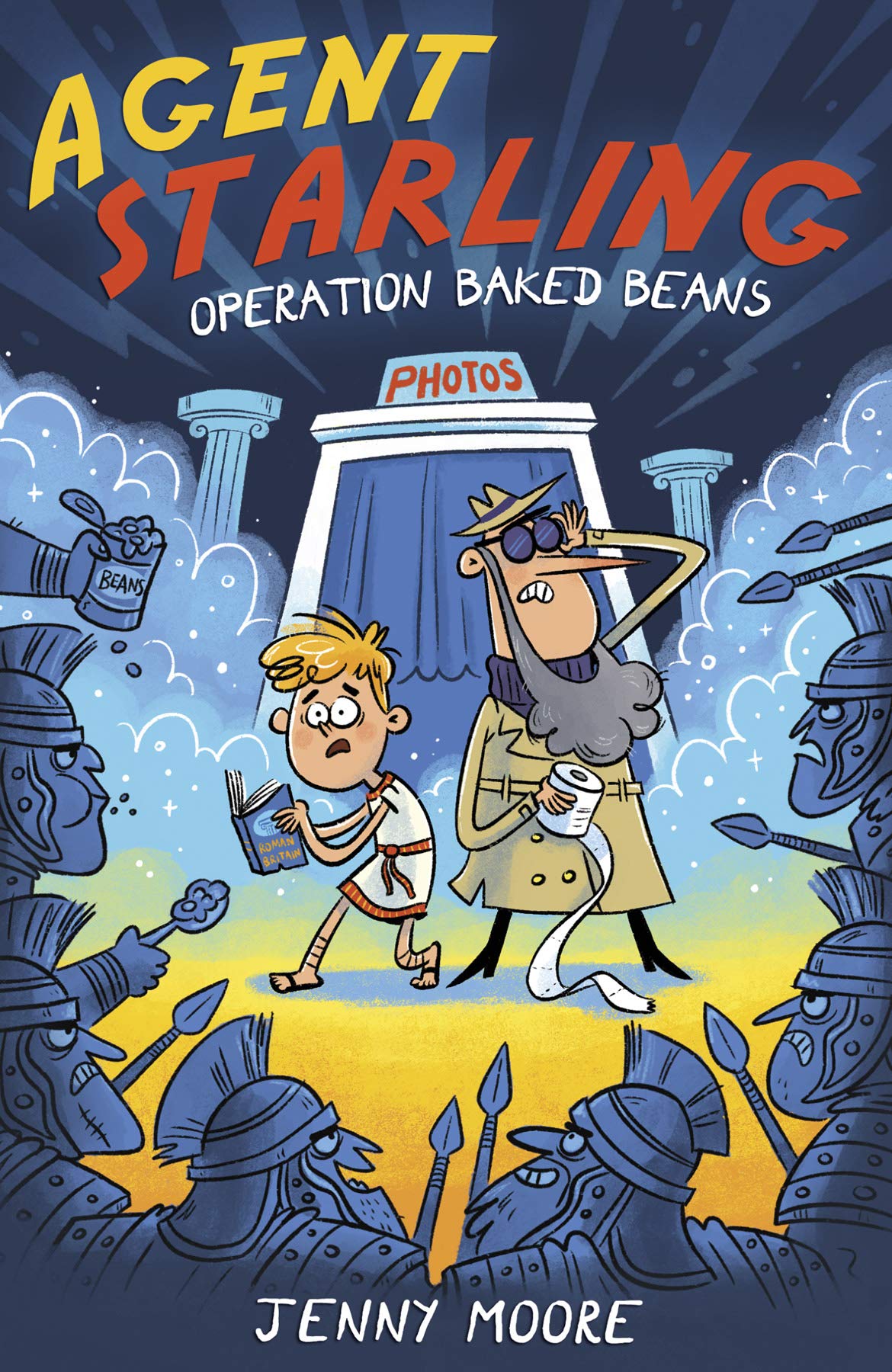 The main characters were Oliver Starling, Jules, Agent Owl and Doctor Midnight. Oliver Starling is a boy that goes in a time machine to the Roman ages. He is scared but he manages to be brave. He goes to the Roman age because he is trying to stop Dr Midnight from changing the past  because if he changes the past he’ll change the future and if he does that then everything will  be different and it could be different in a bad way. When Oliver’s in the Roman age he wears a spy tunic that gets very scruffy and gets blood on it. Jules is a slave girl who is trying to escape from her master who is very very very mean. Jules goes into a fast food man’s shop in the Roman ages and that’s when she meets Oliver. Oliver is forced to share his sausage with her and it isn’t really sharing because Jules took the sausage off him without Oliver getting time to answer, but it was probably only because she was very hungry. They become friends and they go on with the journey together. Then in the end, Oliver and Owl have to finish off their mission together but without Jules.

I found it very interesting and quite funny because one of the funniest bits was when Oliver’s mum gets Oliver some underwear, she is in such a hurry that she gets her own underpants that have the Queen on them and frilly bits on them. It was a tiny bit funny when Oliver got a hole in his tunic and Jules saw the frilly pink underpants he was wearing through the hole. I liked it because of the way they described the Roman soldiers and the difference between the ones in the Roman ages and the ones that Oliver had done in his Topic at school. They were different because Dr Midnight’s army had red tunics and the ones that weren’t Dr Midnight’s army had black tunics.(I think).

Operation: Baked Beans is a funny, exciting but also educational time-travelling take on Ancient Rome. It would be a good free-reading choice for readers in Year 3 and above who are studying Rome in school, as it helps bring the subject alive and make it relevant. There are enough facts and details in it to appeal to readers who prefer non-fiction, and lots of humour for readers who like Beano-style comedy. It will also appeal to readers who like stories about relationships, as Jules and Oliver develop a touching friendship.