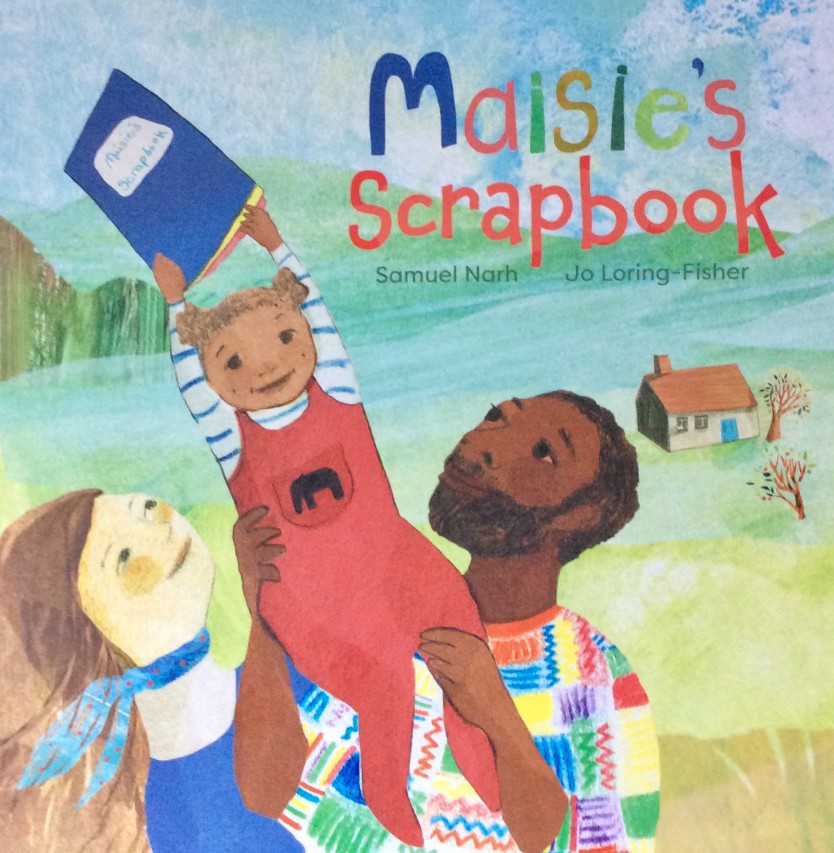 This charming picture book is properly child-centred because Maisie’s point of view and determined character is paramount from the very first page. Those of you that spend any time with young children will recognise the way in which their attention flits about and settles on different aspects of their immediate environment.  I liked the way that the author frames the story by using brief statements from her diary that don’t necessarily connect from page to page, leaving generous spaces for the reader to interpret what is going on. For this reason, the style rather reminded me of the classic picture book ‘Granpa’ by John Burningham where he apparently used fragments of overheard conversations between a child and her grandfather. The overall effect in that and this picture book is that of a prose poem that is quiet but very powerful.

The beautiful illustrations are of equal importance to the text using broad brush, often vividly coloured paintings that flow across each double page spread.  Maisie is always included in the foreground but there is also plenty to look at and ponder about. I liked the depth of expression as she fervently gazes into her mother’s eyes on the first page:

‘Maisie rubs petals between her fingers

Tears roll down her cheeks

Mama won’t let her play with the bull by the fence’.

This is a spot-on depiction of a child who passionately wants to do something potentially dangerous and is then caught in the middle of an emotional outburst. Her mother looks down at her patiently, waiting for the storm to pass (a very familiar scenario)! Next we see a glimpse of her relationship with her father as they sit together weaving imaginative stories that feature Maisie flying towards the mountains with Ananse, the well -known trickster character from African folklore:

Her watchful parents appear on every page, either pictured together or alone as their daughter discovers the world, never far away but giving her just enough space to feel independent. This is a strong willed little girl who knows what she wants:

‘She’s as relentless as spring rain’.

I think that my favourite double page spread is where she and Dada look out across the sea and the night sky. He is tenderly stroking her head as she stretches out her arm. Such glorious blues and greens are made more vibrant because of the contrasting white of the turtles. But I also love the pages when he is shown with her sitting on his shoulders as they look up at the magical pictures created by the clouds. These big sweeps of the family enjoying the natural world together are balanced with the more everyday melodramas of coaxing Maisie to eat when she definitely doesn’t want to - what a perfect picture of a sometimes sulky , uncooperative child.

This is a stunning picture book in its own right that will inspire lots of interesting conversations about the importance of nature and the power of imagination. I think that it would probably work best when read with a small group of children or just with one child, because it has such an intimate quality. There are still not nearly enough picture books published that feature children with a dual heritage. As soon as I saw the cover of this one showing two parents looking up adoringly at their little daughter reaching for the sky, I was certain that it would be one with a positive message. I have to confess that I was also attracted because of the strong resemblance of this little family to my daughter’s. In fact, when my four year old grand- daughter spotted it, she exclaimed ‘That’s me and my mummy and daddy’! 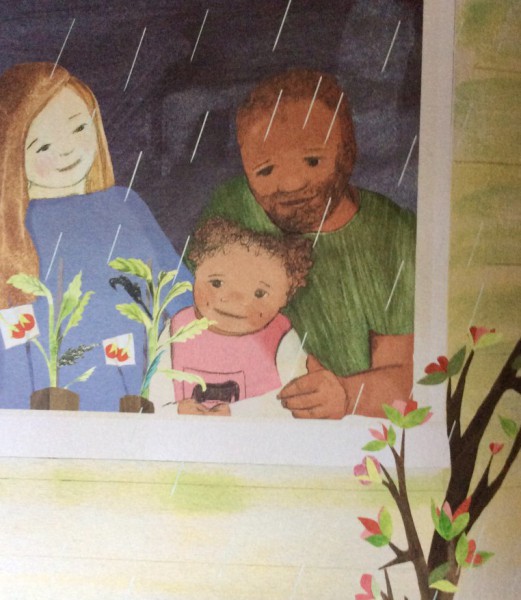 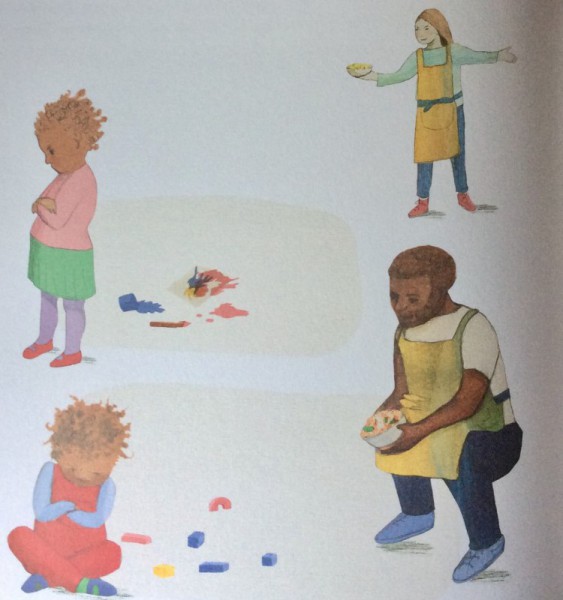 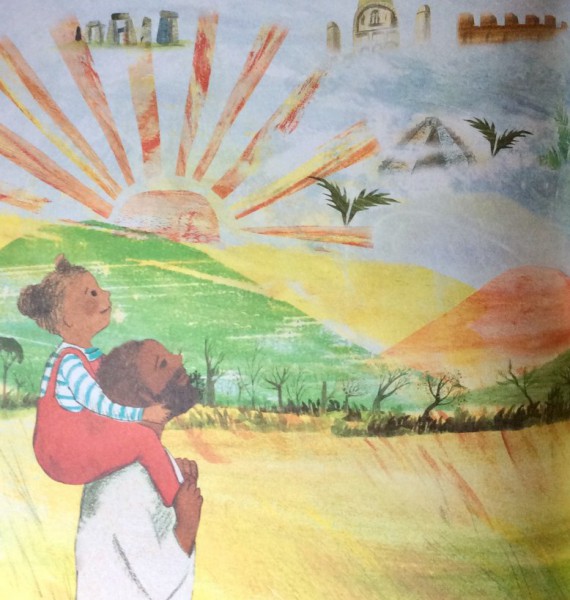 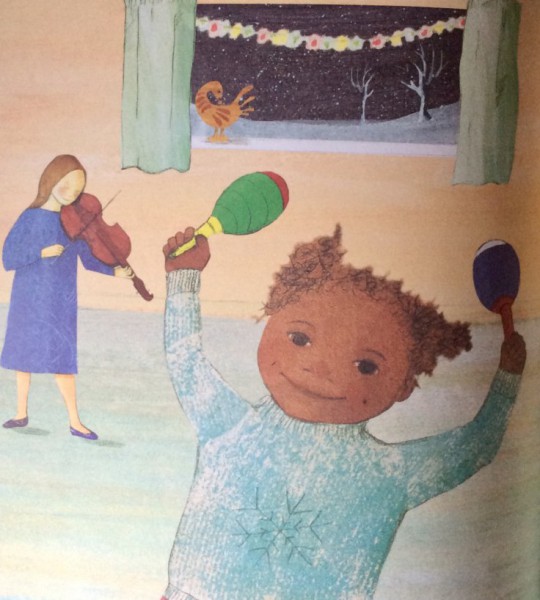 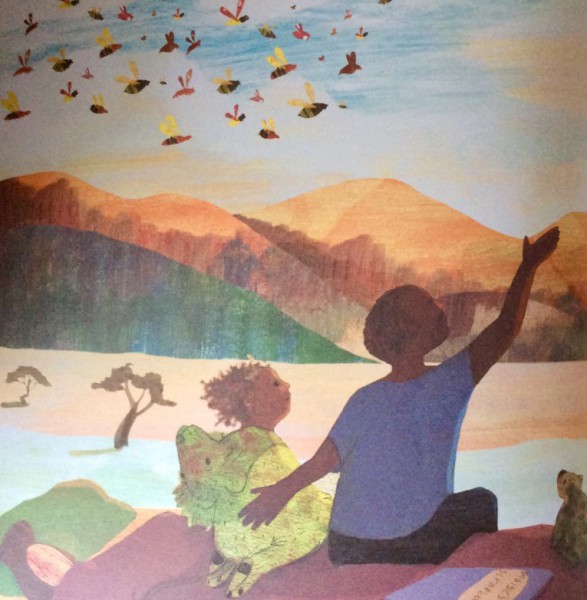 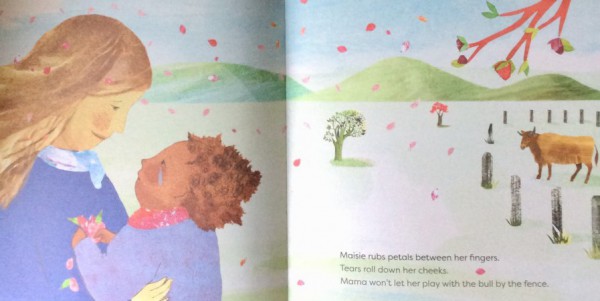