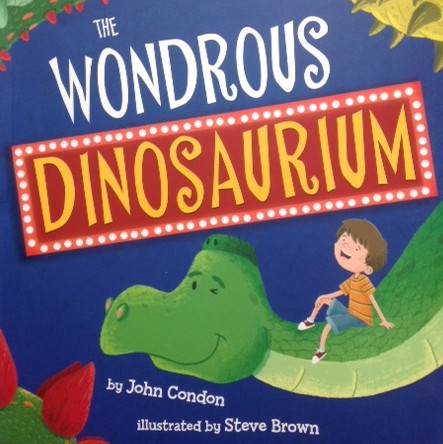 The Wondrous Dinosaurium by John Condon, illustrated by Steve Brown

The popularity of dinosaurs with children never appears to wane - somehow they seem to make the wonder and mystery of history and science accessible to young minds, perhaps for the first time.

How much better would it be if you could go to the High Street and find a shop where you could buy your own pet dinosaur? Well, that’s what John Condon’s latest picture book offers its young readers and with the help of Steve Brown’s bold and colourful illustrations it all comes to life in another delightful Maverick Books publication.

Danny’s parents have offered him the chance to have a pet but rather than settle for the run-of-the-mill cat or dog, he’s determined to get his very own dinosaur. So spurning Pete’s Pets he heads for The Wondrous Dinosaurium which although it looks small on the outside is big enough to have a choice of any dinosaur that there ever was. I very much liked the little details in the drawings like the sign outside the shop which is a delicious little warning – ‘Pets For The Very Brave’!

Inside Danny struggles to make his choice and he discovers that all the ones he’s drawn to have their drawbacks. The Diplodocus eats too much and is way too big to drag around the streets, the T-Rex covers him in drool and he finds himself flying uncontrollably over his town being dragged by a Pterodactyl. Others prove just as problematic and Danny is just about to give up on his dream when he spots a blue box on a table in the ‘darkest corner of the shop’. Finally he’s found exactly what he wants.

When he takes it home and shows his mum she thinks he’s chosen a tortoise but..

“I did not get a boring tortoise,” replied Danny. I got a dinosaur!”

And from his box he pulls a creature labelled ‘Meiolania: Middle Miocene Epoch’ – go on, look it up: I had to.

I find these books from Maverick Arts Publishing so successful because they’ve gone for a generous large format that gives the illustrators plenty to work with and Steve Brown has certainly taken full advantage. His drawings fill the pages and are often double spreads to provide maximum impact.

This is a lovely little story that will be a delight for younger readers – and their parents. 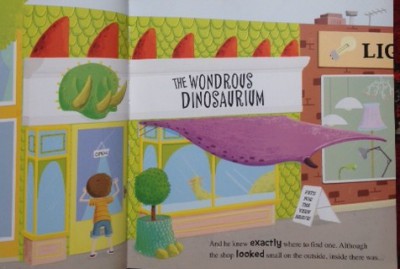 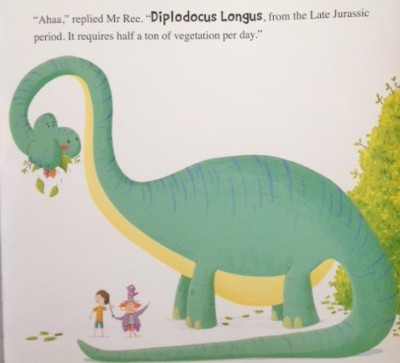 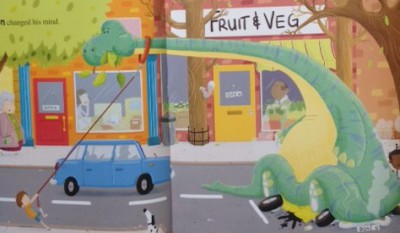 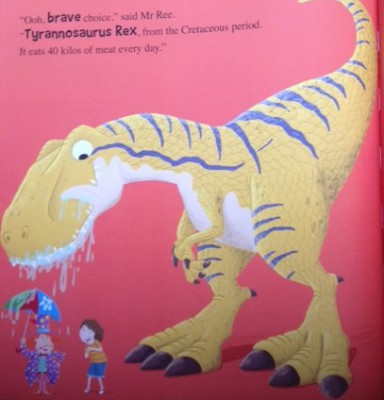 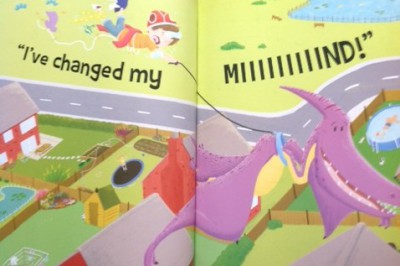 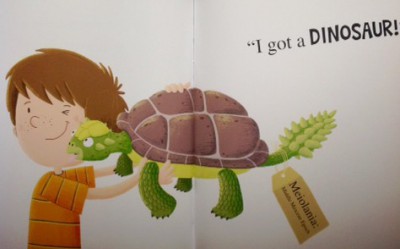