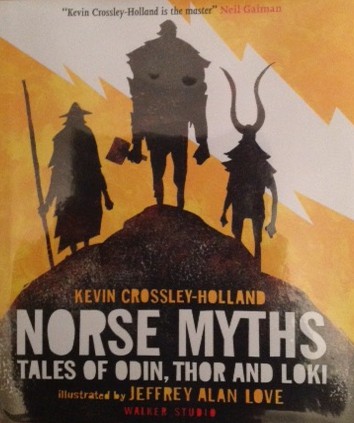 Kevin Crossley-Holland is a master storyteller who over the years has been the definitive re-interpreter of myth from many lands – making the stories live for children and adults alike. This isn’t the first time he’s explored the Viking heritage and I’ve personally always thought that the Norse myths are the most thrilling and most immediate. Crossley-Holland tells them here with an economy of style, using straightforward narrative and eschewing complexity in favour of the simple recounting of stories. It all looks so easy but writing like this takes years to master and you know you’re in very safe hands when you don’t even have to think about the act of reading and you can just let the tales sweep you along. 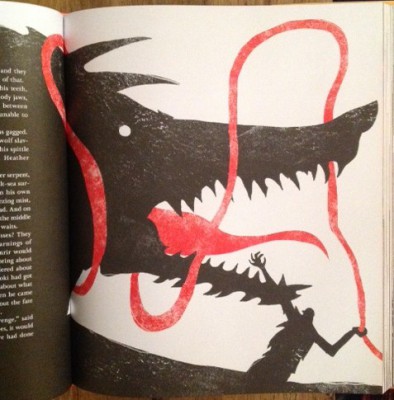 The author has also been kind to us – he doesn’t assume we know anything about the Norse gods and their, inevitably, complex set of inter-relationships. To help us along he gives us a really useful who’s who and a cunning guide to the universe of this particular mythology and I found the graphic that shows us Yggdrasill (the tree of life) and the three layers of existence, along with the inhabitants of those lands, incredibly valuable in terms of understanding who relates to who.

All mythologies and creation stories share common features and I suspect that like me you’ll find yourself spotting these but this is most certainly not an academic treatise about Norse mythology; it’s a collection of fabulous and exciting – sometimes brutal and sometimes bloody – stories that you’ll want to read either because you kind of half know them or because they’re completely new to you and thrilling because of that. 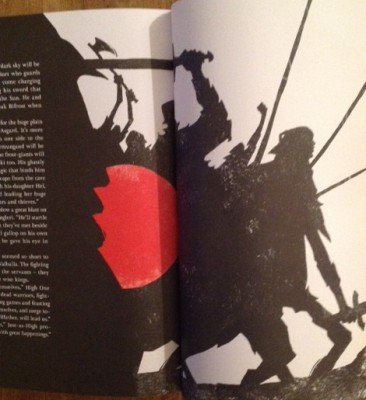 I have some personal favourites – The Death of Balder that tells of a death foretold by dreams, the death of the most noble of the Gods. Crossley-Holland is also a pretty fine poet in his own right and we can see that come through in the text:

On the foreshore, everyone watched. Gods and friends of gods, foes of gods, the merely curious, they all knew that unless Hel would agree to let Balder come home to Asgard, his death – the death of the handsome god who cherished and protected whatever was beautiful, and patient, and innocent in the nine worlds – must bring closer their own death-day.

Here Crossley-Holland is doing what he always does so well – finding the universal truth in the myth. 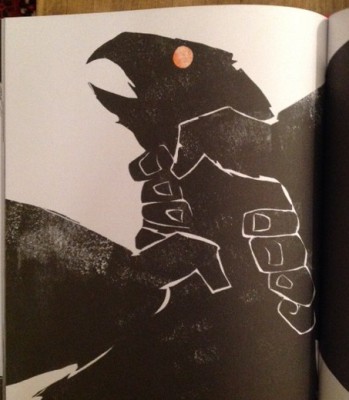 I also loved Thor Regains His Hammer and, of course, The Last Battle when fate must have its way. One of the really great little touches here is the way the author has prefaced each of the tales with a moral which flows naturally from the story. The moral for The Last Battle being:

No-one can deny Fate. Her gifts are unearned and her punishments undeserved.

The cast of characters is also irresistible and each one of them has a personality you’ll recognise – they may be gods but they’re also all of us too. We probably know many of them - the steadfast and dependable Thor; the cunning trickster, Loki; gentle and caring Balder, Odin the Allfather and Frigg his wife. But there are plenty we don’t know and should – Idun, keeper of the golden apples of youth; Sif, Thor’s wife; or, the dwarfs Fjalar and Galar who brew the mead of poetry.

Fabulous stuff in the very literal meaning of those words. 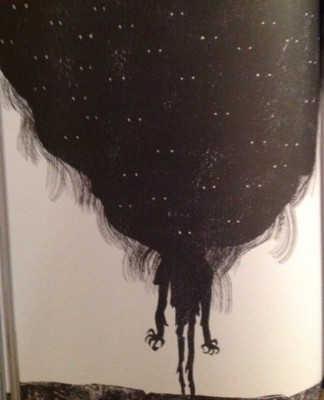 But that’s not all. This book also gives us the stunning illustrative work of Jeffrey Alan Love. Working on the big scale he uses what looks like a block or lino printing technique to create dark and menacing images. His use of the occasional slash of red colour or the tingeing of green gives the drawings a startling added dimension.

This is a gift book that will just keep giving and I’d say it’s an ageless book in the sense that it isn’t for children or adults but for both. Give it to someone but don’t just wait for Christmas – get it now!