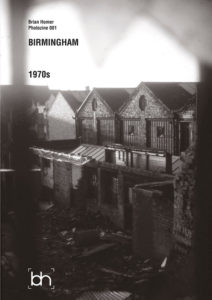 When I heard that this first Photozine had become available from designer/photographer, Brian Homer, I was eager to get my hands on a copy. I was born in Birmingham in the 1950s and lived there on and off for the next 35 years before becoming a more permanent exile. During that time it was my pleasure to work with Brian on a number of projects, come to count him as a friend and to see at first-hand what a creative photographer and chronicler of Birmingham life and arts he is.

Brian’s work has always been democratic and radical and his collaborations over the years have resulted in a fascinating portfolio of work that you’ll get a flavour of if you go to his richly populated website (https://www.brianhomer.com/photography/). This Photozine, number one in what will hopefully be a long series, dips into his archives and pulls out some images that he hopes will capture something of the soul of the city in the troubled years of the 1970s – as he rightly notes in his foreword:

“In the 1970s Birmingham was for many people a city to bypass, something that was made easier by the building of the M5, M6 and Spaghetti Junction.”

Even for those of us living in Birmingham at the time, much of it was a depressing shambles – the city of a thousand trades was shedding jobs and watching its Victorian infrastructure rapidly rotting away. In truth, much of the inner city was little short of a modern slum and, when I look back myself, life seemed to be lived in black and white.

So it’s entirely appropriate that Brian’s record of the city during this period is also captured in black and white. Here’s the eye of someone who understands the environment he’s recording – the buildings have an almost forlorn post-war feel about them. But it’s not high explosives that have reduced these buildings to this state, it’s economics. What was once a thriving, money-making world of industry has become a torpid pile of bricks in better or worse states of repair. The soul of Birmingham in these photos is the built environment, not the people. Where people feature at all it’s as if they are there to give human scale to the pictures – they are peering out of doorways or cycling through almost deserted streets or canal towpaths.

Only one photograph allows people – two children maybe aged 10 to 12 years old – to be the subject of the shot. One boy with attitude and a pair of huge flares looks at the camera, arms folded across his chest and a knowing look on his face while his friend stands to the side and grins at him seeming to confirm his status as cock of this particular walk. Behind them is a house with its bay window covered by a sheet of corrugated metal.

For me this collection is like time travel and extraordinarily evocative of a time and place that is very much part of my own history. It’s a slightly odd feeling when you realise that you’ve become part of what is now the past – that you and the photographer have shared a common experience and can share that understanding through this collection of images.

The Photozine is available for a modest £7 and can be purchased from Brian’s website on this link (https://www.brianhomer.com/photography/prints-publications/) 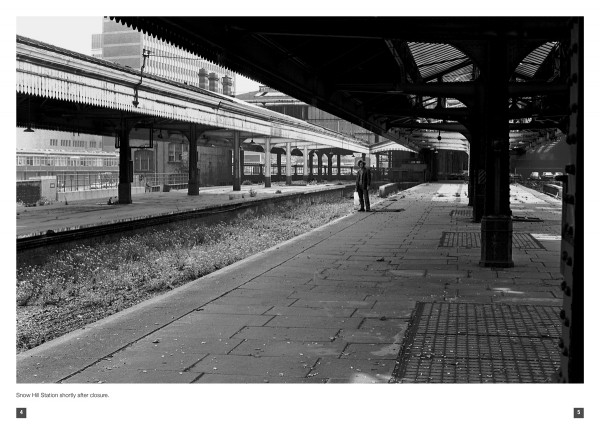 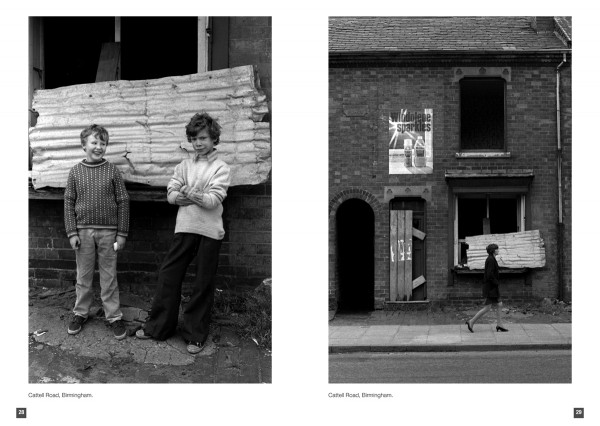