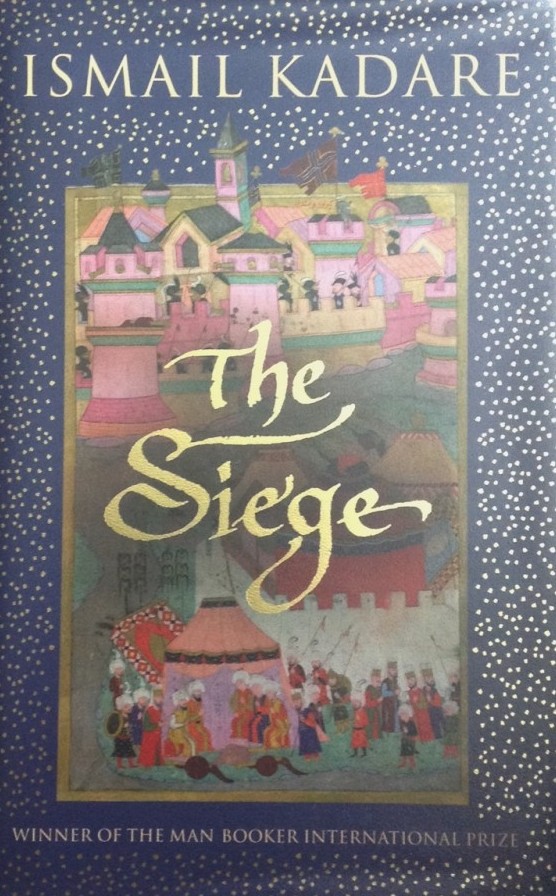 The Siege by Ismail Kadare

Albania has always been something of an enigma within Europe and is still seen as a bit of a puzzle in the overall context of the Balkans; an area that seems to have been embroiled in turmoil for centuries. Albania’s geographical position and political significance has resulted in it being invaded on a number of occasions throughout history by expansionist empires of one kind or another. By the end of the twentieth century it fell under the dubious ‘protectorship’  of Nazi Germany until the end of World War Two. When that occupation ended Enver Hoxha created a quasi-Soviet dictatorship and instituted a repressive but essentially isolated regime pursuing its own brand of Hoxhaism until that too was eventually overthrown in 1991.

Ismail Kadare, frequently tipped for the Nobel Prize, is now well into his eighties and remains probably Albania’s most famous literary figure. Living under the repressive eyes of the Hoxha regime demanded that Kadare was skilful and cunning in the way he wrote books that could be read as critical of the government but yet still be published without getting the author arrested. However, being published within Albania and enabling those books to find their way out of the country to a wider audience are two quite different things and much of Kadare’s work was not translated into French until after 1991 and into English at an even later date.

This is true of The Siege as well: written and published in Albania in 1970 but not finding its way into English (by way of a French translation) until 2008, it won the inaugural International Booker Prize. The book is ostensibly a historical novel telling the story of 15th century Christian Albania’s resistance to the then all-conquering Muslim Ottoman armies. Kadare imagines in great detail the progress of the Ottoman siege of a key Albanian fortress but he does it in quite an unexpected way. The story is in fact told largely from the Ottomon perspective as they set out their camp around the stronghold and try every trick in the book to storm the Albanian citadel or to drive the defenders to madness through thirst and disease. The Ottomon point of view is provided by their official chronicler of siege – a man who discovers many unsavoury truths about those in power and command and yet also a man frightened of his own shadow and desperately keen not to ever give anyone the impression he knows anything at all.

The Ottoman camp is shown to be riddled with backbiting and careerism with politics more than martial skills at the forefront. As each wave of attack is repelled and the much vaunted cannons fail to breech the walls, desperation begins to set in as they seek to cut off the water supply into the fortress. But everything seems to fall short and the senior officials that make up the war council start to bicker.

As the Ottoman siege falters we also get short bulletins from inside the stronghold and the voice of the besieged Albanians talks quietly and sombrely about their suffering and about their absolute commitment to resist.

On the surface of it, Kadare has produced a classic story of gallant Albanian resistance to the invading Muslim hoards and seems to entirely conform with the kind of literature that Enver Hoxha would have admired and would have wished to see circulating in the country. But in fact what Kadare has done by switching the narrative focus to the invaders is to allow him the conceptual space to produce a pointed satire of the oppressive Hoxha regime. The Ottoman camp represents the quasi-Soviet dominated government laying siege to the desperately resisting ordinary Albanian citizens who gallantly fight for their independence despite the overwhelming odds they face.

It's also a scathing attack on the role of the writer who follows the demand for their work to be dedicated to the chronicling of the Party line and recording only its 'victories', keeping quiet about its manifest failures for fear of loss of status or position.

But political allegory aside, Kadare’s skill is not just his ability to hide his true theme from the dullard censors who were unable to decode the messages but in his ability to tell a riveting story. I was captivated by the momentum of the tale and by the twists and turns of the story as we are told it by the lickspittle chronicler.

I think praise should go to the translator here for not getting too bogged down in trying to be formal or overly complicated. This might also be down to Kadare too in his decision to further underscore the story’s sub-text by giving these 15th century Ottoman invaders a distinctly modern 20th century turn of mind and phrase.

I am inspired by this experience to read more of Kadare’s belatedly translated books and you’ll find most of them now available in paperbacks that are fairly easy to find on the internet and at prices which make experimenting affordable.