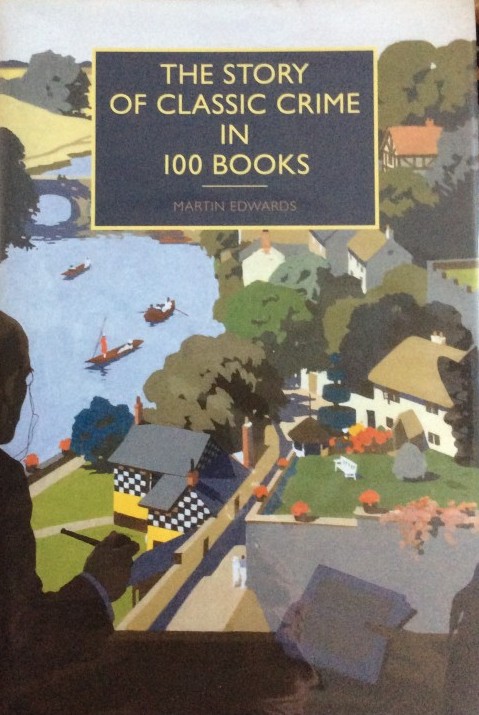 The Story of Classic Crime in 100 books by Martin Edwards

Back in 2014 The British Library launched its Classic Crime reprint series – a decision that in publishing terms has proved a significant and popular success. The secret behind the popularity of this venture was the decision to uncover and reprint detective and crime novels from the first half of the twentieth century that had somehow slipped out of view to readers with a seemingly endless choice of modern day crime and detective fiction, much of it written by top quality authors.

The decision to go back to the roots of the genre in the UK and the US (foreign language translations are not included in the series as far as I understand it) means that the reader can get to experience the evolution of the genre, stay with it through the so-called ‘Golden Age’ and see how it prefigures what we might think of as the post Second World War world of the modern crime thriller.

Martin Edwards’ The Story of Classic Crime in 100 Books is both a companion to the British Library series and a study in its own right of the emergence of the detective novel. You’ll find there are plenty of other books out in the marketplace that offer you a selection of the ‘best’ crime and detective novels but this one does try and do something a bit more complex that produce an i-spy list of the compiler’s favourites.

What Edwards attempts to do here is not necessarily choose his favourites or the most well-known but to try charting a development path – or maybe a series of stepping stones across the stream – that readers can follow and chart for themselves the way the genre shapes up in those early years. So not every book on the list of one hundred is necessarily a winner but it is, Edwards argues, central in some way to the crime format being taken forward.

Each of the one hundred entries here not only has a brief plot outline and some, often fascinating biographical details about the author, but Edwards also ruminates on the books significance. Why was it important when it came along and what were the boundaries that they broke or the new pathways they forged.

So this book can be read in two ways really. For the biggest crime fans or the most curious, the book can be read from cover to cover and as new titles are encountered the full narrative is allowed to unfold. Or, and I suspect this might be the more likely and more popular option, this can be a superb reference book for dipping in to. If you love crime writing but you really don’t have enough knowledge of its past glories, this book offers you a way in that’s not just painless but positively enjoyable. Open it up at random, read a few entries and your imagination will be fired up and your lust for the next title to read will be ignited.

I have to say it’s also a rather a handsomely put together volume as a book in its own right and has a central insert of glossy illustrated pages showing the original covers of many of the books he talks about in the text. I’m a bit of a book jacket nerd myself and I can never get enough of these little bits of creative artwork and so I always spend far too long dribbling over these when I should be reading the text….

The book is available in paperback but I’d strongly recommend the hardcover version – which doesn’t come that much more expensively on the second hand market.