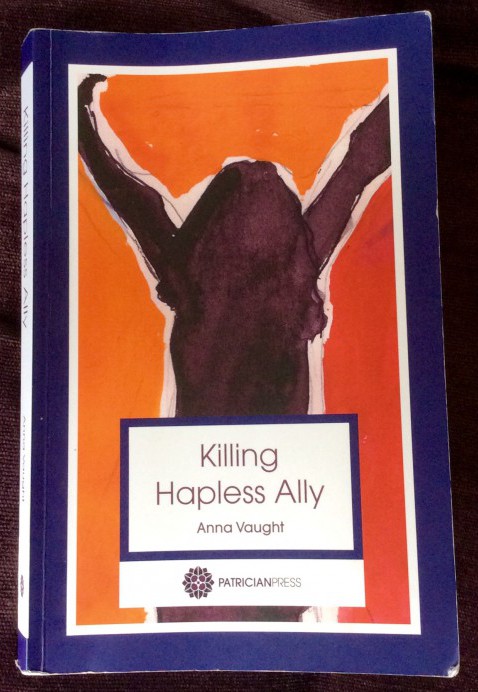 This is an intriguing story about the personal struggle for identity and meaning for Alison, a woman with a range of serious mental health problems who has barely survived a deeply unhappy childhood. Before telling you more I need to admit that I initially found the book difficult to read because of the content. I would read a few pages, put it down and then had to steel myself to pick it up again. But I persevered and am glad that I did so because, whilst this was not exactly an ‘enjoyable’ book for me, the skill of the author meant that I was very quickly drawn into the chaotic and damaged point of view of the narrator, empathised with her and then wanted to get to know her better.

Alison knows from an early age that she was an unwanted second child because her parents spitefully told her bluntly time and time again by explaining that she should have been left in a bucket to die as an aborted foetus. As a result she often refers to herself as ‘Baby in the Bucket’. On the surface these cruel parents appeared to be reasonably normal and attentive people to outsiders, but she has truly terrible memories of rejection, neglect and cruelty. We learn that her nasty elder brother, referred to throughout as ‘Brother who might as Well have been Dead’ once abandoned her in a forest and colluded with his parents to hate her and make her life miserable. Even most of her paternal extended family are weirdly dysfunctional and emotionally cold in a way that adds to the overall atmosphere of discomfort. Most of them live in a large house on The Hill which she often visits:

‘There was cruelly boiling tripe with its gusts of steam and laundry smell; the pantry of frightening pickles stacked like eyeballs in Grandma’s dark chamber of horrors. You felt in your bones the damp and the crawling mould.’

Were these reliable memories? At one point I wasn’t quite sure if she was misremembering the relentless degradation and absence of love, but I suppose it doesn’t really matter because these dark memories, exaggerated or not, shaped her self- hatred and long term mental instability.

Being a child brought up by such monsters meant that she was forced to find comfort in her imaginative world. So Alison soon learns to populate her unhappy little world with a cast of characters from history and showbiz and to thereby cushion herself against the real world that is a pretty horrible place to be. She begins with Frida from the pop group Abba and slowly accumulates more over the years to include Albert Camus, John Keats, Mary Anning, Dolly Parton, Shirley Bassey and many more. She calls on them to help her gain perspective on various problems in her life and continues to draw on their many and varied strength for as long as they are needed.  She also weaves in plenty of references to pieces of literature, for example The Secret Garden and Wind in the Willows which also provide solace and escape from reality through difficult times. Another coping strategy is to be able to present different versions of herself as a way of hiding away the true self that she has been encouraged to think as being worthless. The most significant one of these is ‘Hapless Ally’ who has an extrovert, generally likeable but very accident prone personality. As Alison grows older she begins to realise that this alter ego has taken on a life of her own and so she needs to be strong enough to make her disappear by force forever, along with her nasty long dead mother who continues to berate and despise her at every opportunity.

The author draws on many real mental health episodes from her own life and so provides an authentic experience for the reader through this eventful and very entertaining piece of fiction. I really liked Alison and wanted her to eventually be able to be able to repair the damage caused by her childhood and to cast out her demons. By the time I got to the last few chapters of the book I felt that I knew her very well. She is beginning to be a little more confident with real relationships and to be a wife and mother to three young children. With some good psychiatric therapy (at long last) she feels strong enough to take back control of her life and to kill off Hapless Ally once and for all. Whilst reading this book I learnt a great deal about aspects of mental health and also the dreadful impact of growing up with people who actively undermine and try to destroy confidence through repeated and relentless bullying.  This is a powerful story about a painful journey towards self -awareness , maturity and recovery that is thankfully shot through with many examples of black self -deprecating humour. It was definitely worth persevering with after all.