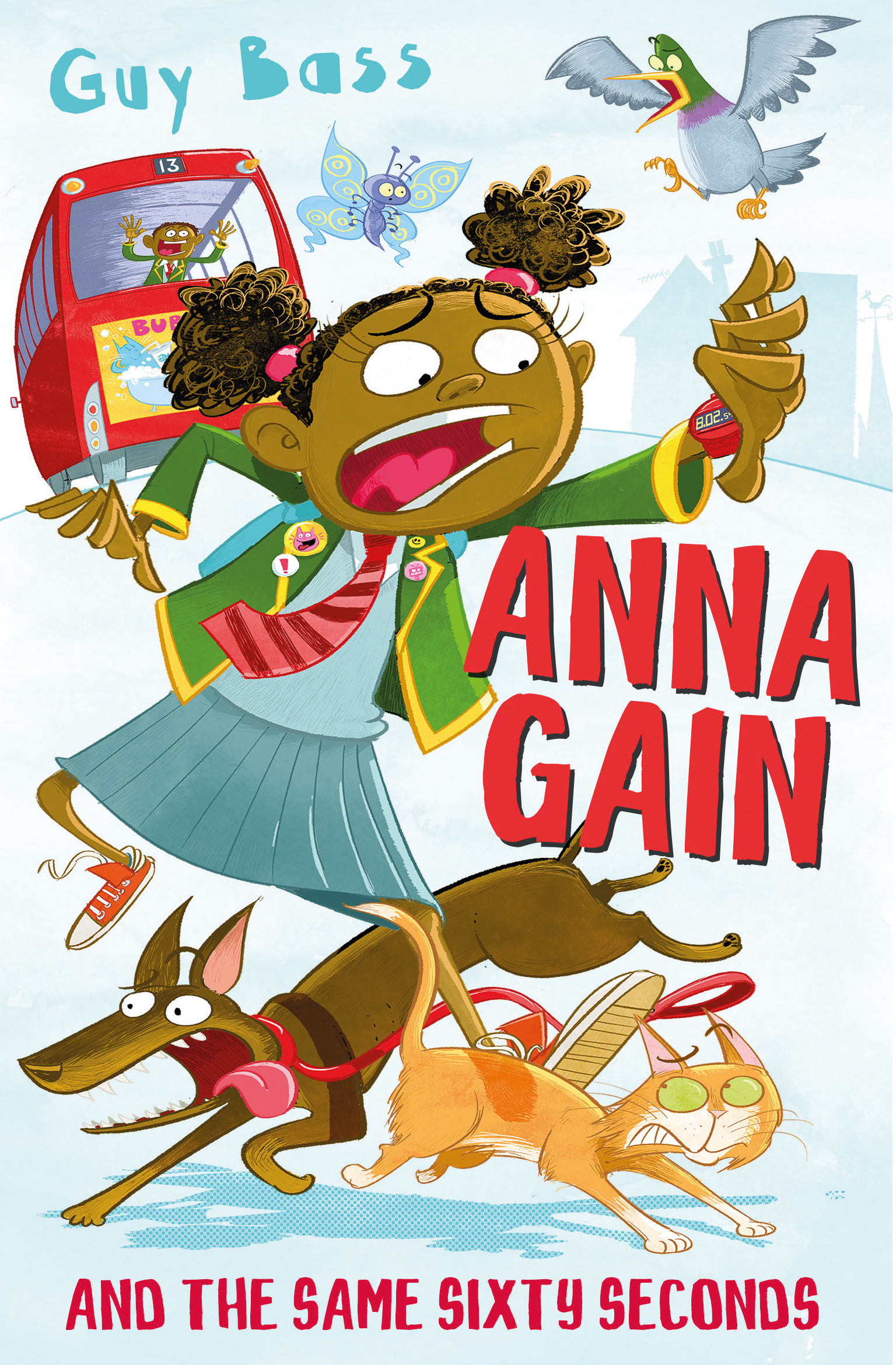 Anna Gain and the same sixty seconds by Guy Bass

I guess most people will be aware of the premise behind the movie, Groundhog Day where the main character, Phil, played by Bill Murray, is condemned to live the same day over and over again until he learns the lessons of basic decency and humanity.

Anna Gain’s time loop is a little shorter in Guy Bass’ new offering published by Barrington Stoke – she has just sixty seconds. It is, however, no less discombobulating and no less hilarious for Anna than it was for Phil. What Anna has to learn to get her out of this predicament is that life is too short to be ruled by an obsessive concern for the strictures of time.

Schoolgirl Anna lives in a family with an ambivalent attitude to time – her dad, a clockmaker, tells her repeatedly that ‘every second counts’ but her younger brother is always late for everything. As far as Anna is concerned, she is convinced that being late risks missing out on something wonderful and so she is determined to always be one step ahead of time.

All well and good until one morning as she gets ready to catch the bus to school, it all goes wrong and – catastrophe upon catastrophe - things conspire to make her miss her ride. Anna is traumatised by this temporal twist of fate and it launches her into a time loop where she’s forced to live the same minute from front door to bus stop over and over again – and every time she does, something else conspires to prevent her getting on the bus and she’s dragged around the same loop again.

So what’s the lesson Anna has to learn?

“ ‘Every second counts’, she said. At last she understood what her dad meant. Time wasn’t something Anna had to stay ahead of…time was a gift. Every moment was precious because – hopefully – it would never come again.”

Don’t get the wrong idea though – it’s not a heavy message. There is lots of knock about fun to be had here as the central character’s punning name probably tells you  and the range of misfortunes that come along to keep Anna trapped in her minute of time are chaotic and hilarious.

You’ll certainly also like the illustrations by Steve May that are generously lavish full page drawings reproduced in grey and black tones.