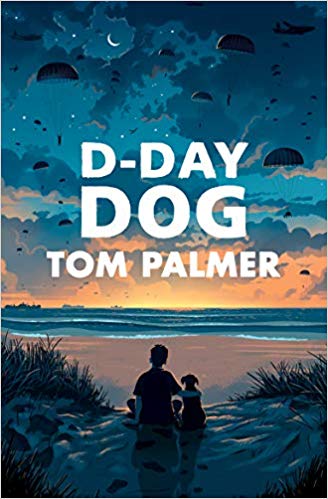 Jack loves two things more than almost anything else – his dog Finn, who is his faithful constant companion, and the war games videos he plays with his Dad. Jack is proud of his father being in the army Reserve and he is thrilled by the stories he tells him about the Second World War and how it was important to kill the Nazis at any cost. Jack drinks it all in and spills it out again at school where the class topic is focussed on the Second World War. To Jack’s delight the project will culminate with a trip to the Normandy Landing Beaches to visit the museums and war graves.

Jack is excited by the idea of war and killing but treats it as if it was really a video game with no real victims – he’s even learned the term ‘collateral damage’. He quite often doesn’t think through the implications of what he says, coming across as insensitive and gung-ho. That’s becoming a particular problem because in his class there is now a girl called Kasandra who has arrived as a refugee from Aleppo and the bloody Syrian civil war and Jack’s careless talk clearly causes her distress.

Things aren’t going well at home either. Jack’s Dad has committed to volunteering for service in Afghanistan without telling his wife about the decision and so Jack’s Mom is fuming. If it wasn’t for Finn, Jack wouldn’t know who to turn to for solace.

When Jack’s teachers ask the pupils to study the individual lives of soldiers who fought and died in Normandy as background to their trip, they try and channel Jack’s over-enthusiasm down a pathway they think he’ll respond to – the story of Emile Corteil and his dog Glen. As Jack starts researching their story he suddenly finds his ideas are thrown into terrible confusion…..

I’m certainly not going to tell you any more details of the story because you’ll want to have that pleasure for yourself. What I can say however is that I found reading  the book a truly unusual experience because Tom Palmer has had the courage to explore in some detail how a young boy deals with coming to terms with the brutal complexities and realities of the grown-up, real world.

The confusion Jack feels as he is brought face-to-face with what war does to people – and to his beloved animals – is brilliantly developed. There aren’t any easy solutions on offer here and sometimes the best advice comes from the most unlikely sources.

Published in the Barrington Stoke Conkers series, the book is guided for readers aged 8+ but I can absolutely guarantee you that older, teenage readers will also find this book a rich reading experience. A always in this series there are some extras at the end – some comprehension and discussion questions that would be great for class discussion points, a picture of the real life Emile Corteil and Glen and some facts about animals and war. I also reviewed Tom Palmer’s excellent Armistice Runner which also deal with difficult themes of war and this new story will make a perfect companion piece for that.