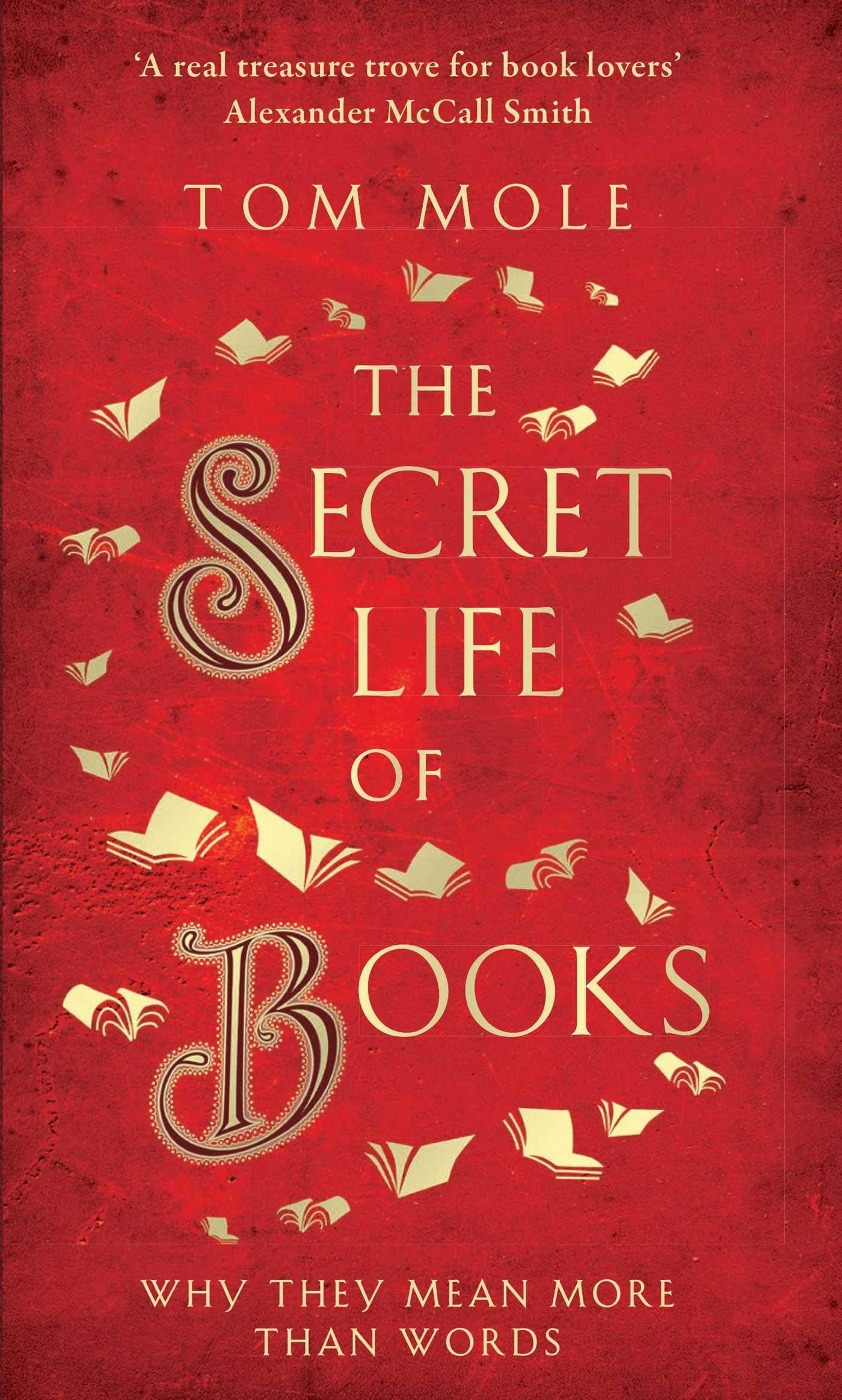 The Secret Life of Books by Tom Mole

Mole has the enviable title of Professor of English Literature and Book History at Edinburgh University but he has taken on a significantly less enviable task in his latest publication, The Secret Life of Books. Subtitled ‘Why they mean more than words’, the task Mole has set himself is to try and articulate why books are so important not just as receptacles for information but as cultural objects in their own right. I know just how hard this is to do concisely and convincingly  – this is, after all, what The Letterpress Project was set up to promote and we need a whole website to try and pin it down. But I have to say that Mole has had a damned good go at it here.

I think the secret to his relative success here is that he twigged from the outset that he needed a robust framework around which to build his argument and evidence. He’s done this by relating the book as object to different aspects of the individual and wider society. So we get chapters with a consistent duality – Book/Thing; Book/Self; Book/World; Book/Technology etc. – and this allows him to both examine specific aspects of the phenomenon of the book and to also build an ever more complex picture of how the book as object shapes a three-dimensional world view. Cunning and effective. The good people at the ‘Interesting Literature’ website put the same point in this way:

“One of the triumphs of this book is that what might come across as stating the obvious is saved from being so by Mole’s nice turns of phrase (as in the example I provided in the opening paragraph of this review) and the fund of irresistible anecdotes and examples he is able to draw upon.”

And it is very much the mix of quirky anecdote, book scholarship and fascinating details of the dusty corners of bibliophilia that makes the whole thing irresistible for a book nerd like me. But I really liked the fact that he didn’t lose sight of the political power of the book as an object and as a cultural icon. Mole talks eloquently about how libraries can become symbolic targets for attackers, Sarajevo and Mosul provide depressing and significant examples of this. In these cases it’s not just the books as parcels of information that are the target - it betrays a deep-seated desire to humiliate and even obliterate your enemy. Destroying books becomes a proxy for the eradication of a people’s history and their ideas.

Inevitably, all of books that try and talk about the format of the printed word circle around until they come to rest on the issue of technology and whether digital screens replace the paper and print physical object. There was, of course a time when every smart-arse commentator was falling over themselves to predict the end of physical print in a digital world. One day we’d be walking around with all the libraries of the world accessible on a digital screen at the push of a button and old fashioned books would be no more. That has turned out to be baloney of course and the contents of this particular book will tell you why that is. People love books. They like the feel of books. They like the smell of books. They like to write on them. They like to give them as presents. They like to be seen with them. Books and the screen will find their balance – the world has space for both and there need not be exclusivity.

Independent bookshops are proving difficult to kill off for a reason and it’s evident that it has something to do with our often complex relationship with books. Tom Mole has gone some way to demystifying this relationship but I’d urge you to also read the likes of Alberto Manguel or Anne Fadiman – generously acknowledged by Mole in his book – who also give this debate their own special texture. Together all these authors might just be scratching the surface of what books mean to the world but I can’t help but feel there’s further to go yet.