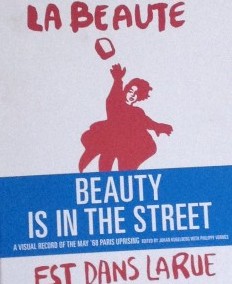 Beauty Is In The Street : A Visual Record of the May '68 Paris Uprising

I was 15 years old and self-obsessed, politically unaware and - let's face it - pretty stupid. But even I remember the headlines and the sense of establishment panic as the Sixties counter-culture stopped fopping around with flowers and started getting revolutionary. Of course, the French know how to do a revolution and in 1968 it looked as if they might just be going to do another. Workers and students took to the streets to fight the State machine - yes, students. No really, students, Yes, there was actually a time when it was possible to talk about students having political ideas and political clout.

Across Paris the barricades were raised, cars set alight and tear-gas was the perfume of the day. Radical demands were being made and on the university campuses students held sit-ins and free spontaneous lectures to debate why the capitalist system was corrupt and needed to be swept away. A new sociology was born in those debates and philosophers and public intellectuals like Jean-Paul Satre and Simone de Beauvoir marched at the head of columns of the working class. 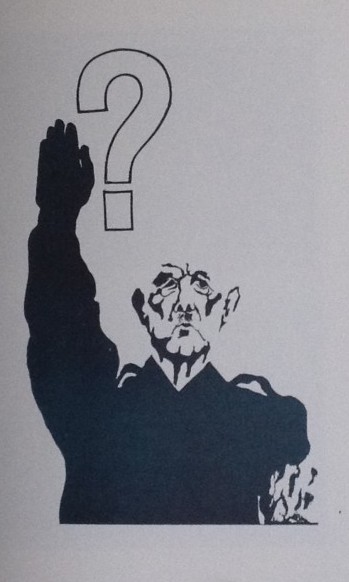 A new democratic art also took to the streets in hand printed leaflets, posters and graphics that spread the slogans and arued the case for change. This fantastic book pulls together the ephemera of that period and shows its power and creativity. Contemporary photo-journalism is also interspersed throughout. A sumptuous journey into the raw commitment of the age.

Published by Four Corners Books in 2011.